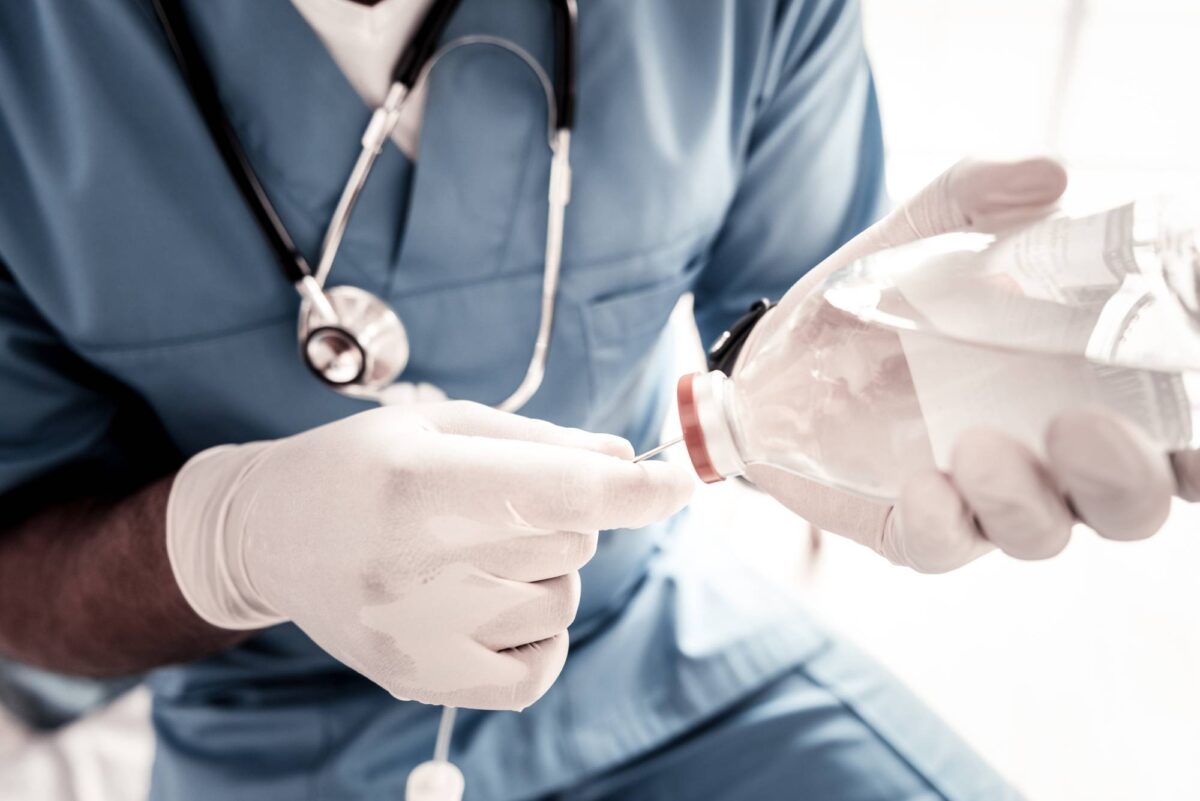 The use of lidocaine infusion in cardiac surgery, among many other intravenous anesthetics, has been hypothesized to function in a neuroprotective manner, preventing cognitive decline and postoperative cognitive dysfunction (POCD). While several improvements have been made to the anesthetic management of cardiac surgery patients in the past few decades, the prevalence of POCD has remained high, approaching 35% in the most recent meta-analysis on the subject. It is thought that several potential events during cardiopulmonary bypass predispose the brain to injury, including hypoperfusion, air/particulate embolism, reperfusion injury, hemodilution, and inflammation. The proposed mechanism by which lidocaine, a class IA anti-arrhythmic which freely crosses the blood-brain barrier, protects the brain is via downregulation of proinflammatory mediators, maintenance of cerebral blood flow (CBF), reduction of cerebral metabolic rate, and deceleration of ischemic ion fluxes. Current practice involves the use of a lidocaine bolus of 1mg/kg followed by maintenance infusion from induction of anesthesia to a variable postoperative endpoint (commonly 48 hours postoperatively). Dosing after the initial bolus varies significantly between institutions, with some making multiple hourly changes in infusion rate, while others maintain a continuous infusion until end of surgery or a pre-defined endpoint.

Much of the early data regarding lidocaine and neuroprotection was conducted on patients experiencing decompression illness with neurologic symptoms from diving. Subsequent studies have shown some protective benefit of a 48-hour infusion of lidocaine in non-diabetic patients undergoing cardiopulmonary bypass, however the data is inconclusive. Part of the challenge in reproducing high quality data is in defining a gold-standard test for post-operative cognitive dysfunction and stratifying patient populations based on risk of POCD1. Multiple tests of neuropsychological function exist and are utilized variably in studies of this type, complicating comparison of data from one study to the next. In a study by Mitchell et al. in 1999, lidocaine administered over 48 hours demonstrated neuroprotective effect when compared to placebo, however following studies did not reproduce this result6. In 2002, Wang et al. examined the effect of lidocaine infused from the time of pericardial incision to end of surgery, on multiple neuropsychological parameters and again found a significant neuroprotective effect8. The three subsequent randomized clinical trials (RCT) failed to show neurocognitive protection. In 2009, Matthew et al. found a 48-hour lidocaine infusion precipitated cognitive decline in diabetic patients at 6-week follow up. Linear regression analysis demonstrated higher incidence of cognitive dysfunction with increasing doses of lidocaine. Multivariable analysis demonstrated a small neuroprotective effect for non-diabetic patients receiving a total dose less than 42.6mg/kg, and the estimated threshold dose overall was 35mg/kg, beyond which neurotoxic effects could be expected. Again, the major limitation in all aforementioned studies has been the lack of a standard protocol for assessing POCD as well as significant variability in dosing/timing of lidocaine infusion. It is also hypothesized that diabetics exhibit significant physiological differences at the neurological and vascular levels, which suggests they should be studied separately in this context5. A recent metanalysis of five RCTs by Habibi et al. demonstrated a significant neuroprotective effect, most notably for younger patients, men, and those receiving higher doses of lidocaine. Counterintuitively, longer cardiopulmonary bypass time was also associated with neuroprotection3.

Going forward, advances in neurocognitive testing are needed, in combination with more extensive study on this topic. Specifically, designating a gold-standard for assessing POCD and stratifying patients based on risk is of paramount importance in producing high-quality studies centered around preventing POCD. Currently, novel biomarkers are being studied as potential surrogates for the more subjective testing typically utilized by clinicians. Neuroimaging is also being investigated for findings that may correlate significantly with clinical signs and symptoms of POCD. Once a gold-standard assessment of POCD has been designated, studies of lidocaine infusion can then be standardized and higher quality data can be systematically reviewed to obtain a more definitive answer as to whether lidocaine is neuroprotective in this setting.